In Hayao Miyazaki’s beloved 1988 film My Neighbor Totoro, two young sisters move to a new house. When the pair explores their new backyard, they meet magical creatures who live in the trees—the largest which goes by Totoro. Totoro, a large, round grey and white creature with tree-shaped ears, plays the flute, helps plants grow, and ultimately helps the girls cope with their anxiety over their mother’s failing health. The film’s effect is singular, capturing the charm of a young child’s imagination and the awe of nature. Yet, beneath the film’s whimsy, one senses that something deeper and more emotionally complex is at play—a statement about learning that one can’t control every aspect of one’s life. As with all of Miyazaki’s films, the real magic comes from our young protagonists’ ability to face these challenges via worlds populated with spirits, wizards, and cat-buses.

Within Japan, where Miyazaki has long been based, films like My Neighbor Totoro are considered iconic. Jessica Niebel, a curator at the newly opened Academy Museum of Motion Pictures in Los Angeles, said that she came across a quote from Isao Takahata, cofounder of Studio Ghibli, which has produced many of Miyazaki’s films: “When children in Japan see trees, they expect a Totoro is living inside of it, and that is his greatest accomplishment.” The same could likely be said for kids in the United States, too, as an exhibition curated by Niebel attests. The retrospective (on view through June 5, 2022) showcases Miyazaki’s prolific output over the course of his career. His films have been lauded for their immersiveness, their world-building, and their incredible characters, especially the many young girls who often act as his protagonists.

Just one film by Miyazaki has ever won an Oscar: Spirited Away (2002), which follows a young girl, Chihiro, who is forced to work in a bathhouse for spirits after her parents are captured by an evil witch who runs the establishment. But, as this retrospective goes to show, the rest of Miyazaki’s filmography is equally as impressive, achieving a level of consistency, mastery, and imagination that defines him as a once-in-a-generation talent.

Niebel made the first trip to speak with Studio Ghibli executives in 2017, and worked on the show for four years after that. From this partnership came a loan of 300 artworks, including preparatory sketches, character sheets, and finished animation cels. At the Academy Museum, these works are accompanied by immersive presentations, video installations, and more. “We knew we didn’t want to just explore his work chronologically,” Niebel said. “Rather, we wanted to explore his philosophical and thematic concerns separately while also having visitors get some insight into his process.” 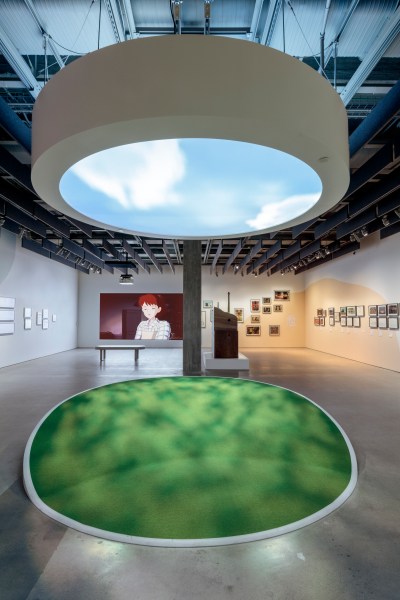 In the first gallery, for example, visitors will encounter a glowing tunnel which acts as a stand-in for the portal-like structures or transitional spaces that appear in many of Miyazaki’s movies. In the following rooms, there are meditations on nature and our place in it, as well as Miyazaki’s own life and the consequences of war. “The first half covers these beautiful natural environments that you find in all of his films,” Niebel said. “Whereas the other half focuses on his depictions of industry and technology, as we see in Spirited Away.”

Miyazaki is known for dealing with difficult themes with the kind of nuance many critics consider unusual for films intended for children. Susan Napier, a scholar of Japanese media who wrote a biography of filmmaker, says that Miyazaki’s output differs from typical American animated films. “Disney tends to be sort of binary: good or evil, black or white, and everything ends up happily ever after,” Napier said. “But in Ghibli films, there are more grays than there is black or white. There’s a lot of ambiguity—good people suffer.”

Napier believes that an event from Miyazaki’s childhood drove him to consistently make films about children who must evolve to gain the strength needed to confront injustice and difficult moral questions. Miyazaki was about four years old when his family had to flee Tokyo as American forces were firebombing the city during World War II. Escaping by van down the burning streets, people asked to be let in the family’s car. Miyazaki once recalled that a young woman with a child pleaded for entry. His parents denied her, saying there was no more space. According to Napier, Miyazaki always regretted not saying something at that moment. “My theory is that one of the ways he processes this trauma is by writing stories of children who say: ‘No, we’ve got to do things a different way, we have to lead the adults to a better way of thinking.’”

From a young age, Miyazaki showed a talent for drawing, something he fostered throughout his schooling and college years, even as he studied political science. Though his dedication was a necessary aspect of his success, Miyazaki’s exceptional visual memory has also helped him achieve his rich images, according to Toshio Suzuki, the former president of Studio Ghibli. “Whether the object of his interest is buildings, landscapes, or people, he never picks up a camera to take a photograph. Neither does he make a sketch with pencil on paper,” Suzuki writes in the exhibition catalogue. “It could be a year, at the earliest, or ten years later that he draws it.” Though Miyazaki’s nearly photographic memory is one of his great talents, it is where his memory fails that Miyazaki begins to fill in the blanks with his own imagination, producing works “full of originality,” Suzuki writes. 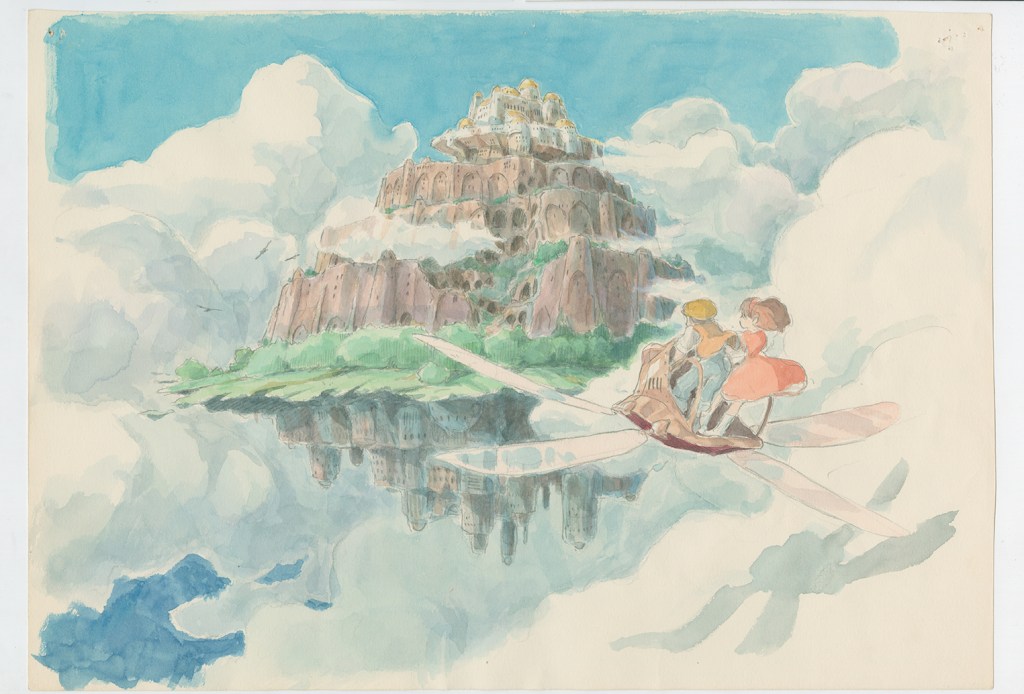 With the exhibition, Niebel hopes she can share some of the lessons she learned while working so closely with Miyazaki’s films. “He’s a great teacher for so many,” she said, “and I’m sure he’d even want to be considered that way.”

It is the biggest show devoted to the acclaimed filmmaker staged outside Japan.