Amid a ‘Coronamüde’ Fog, Members of Berlin’s Art Scene Manage to Avoid Exhaustion

“The Berlin art scene has been paralyzed, yet people are still sticking to the old familiar dates,” artist Henning Strassburger wrote this past April in the German newspaper Der Tagesspiegel. And he was right: as much of the global art world persisted in its pivot to digital, Berlin continued to delude itself into thinking a return to normal was just around the corner.

As we should have learned by now, neither approach works. Earlier this year, emails were sent out to save the dates for the last weekend of April, when the annual Gallery Weekend in Berlin typically takes place. Despite ongoing lockdown measures and a slow vaccination rollout, there were no digital initiatives announced—until a week before the press preview day, when I received a message with the subject line “Gallery Weekend Berlin: expansion of digital channels.” What would the expansions entail? A newsletter! Instagram Live and Instagram TV! A website with interviews and—wait for it—Zoom tours! How exhilarating.

Since November of last year, Berlin has been under some kind of lockdown. By December, only businesses deemed essential remained open, including grocery stores, pharmacies, bike rentals, and—because they serve as “mental gas stations,” according to Berlin Culture Senator Klaus Lederer—bookshops. On March 5, nonessential businesses were permitted to reopen on an appointment-only basis, with art galleries, because of their commercial nature, included. Later in March, museums, project spaces, and other cultural institutions were allowed to reopen too.

In April, however, regulations began to depend entirely on the daily rate of infection—and quickly became nearly impossible to track. The never-ending game of Regulation Roulette has resulted in an array of responses across Berlin and its many different art scenes. The overall effect is a pervasive sense of coronamüde (literally “corona-tired”) but, beyond that—as gallerist Tanja Wagner put it—“everyone has a completely different take on the situation.”

On the one hand, people are craving culture AFK (“away from keyboard”)—appointment books during Gallery Weekend Berlin were full, and Gropius Bau’s Yayoi Kusama retrospective sold out within an hour of tickets going on sale. On the other, there is that pervasive exhaustion, with people no longer knowing up from down. Two days before the Kusama show was set to open, museums had to close again. A week before Gallery Weekend, it was unclear whether or not commercial spaces could be open; from April 21 to April 26, they were closed and, when they were allowed to open, they required appointments and an FFP2 mask, as well as official proof of a negative Covid-19 test result from within the previous 24 hours. 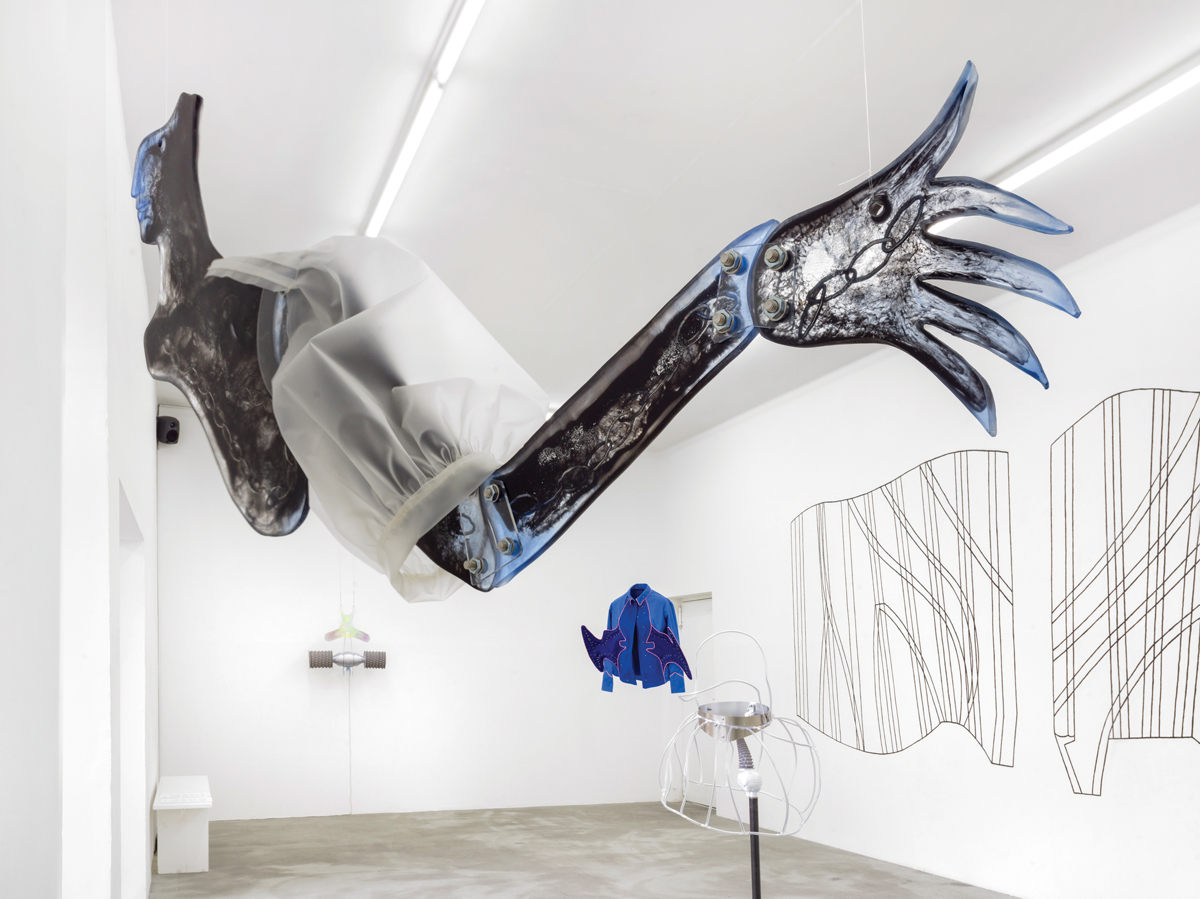 Treading in such cloudy water has been tiresome to say the least, but there is one thing keeping everyone afloat: government funding. Last year, the German federal government launched the Neustart Kultur (“restart culture”) program. In addition to the €600 million ($732.6 million) dispensed annually by the City of Berlin to support arts and culture, the new program allocated an extra €1 billion ($1.2 billion) of national funding in 2020, with expanded funding later added for 2021 and 2022.

The benefits quickly rolled out. Already, more than €1 million ($1.2 million) in grants has been given to visual artists with children under the age of seven, and 581 visual artists have been awarded €9,000 ($11,000) to support their practices and livelihoods. A total of €3.1 million ($3.8 million) went to 174 visual art mediation organizations and educational resources, including publications like Arts of the Working Class and Starship, as well as project spaces and noncommercial venues like Schinkel Pavillon and the artist-run TV Bar. The acquisition budget for the Sammlung zeitgenössischer Kunst der Bundesrepublik Deutschland (the Contemporary Art Collection of the Federal Republic of Germany) was increased from its usual €2 million ($2.4 million) to €4.5 million ($5.5 million), with the aim of buying approximately 150 works by artists living in the country.

In addition, Neustart Kultur marked the first time in history that the government provided financial aid to commercial galleries. While the funds distributed to other arts enterprises could be used to cover things like rent and operational costs, the €8.2 million ($9.9 million) awarded to galleries at the end of 2020 had to be put toward producing exhibitions. Of the 396 galleries given support across Germany, 126 are located in Berlin. (Honestly, I’d never heard of nearly half of them, despite living here for almost five years—perhaps yet another effect of Berlin’s many different, coexisting art scenes.) The new funding made possible many of the exhibitions that opened during Gallery Weekend, almost every press release included the Neustart Kultur logo or some acknowledgment of the program. 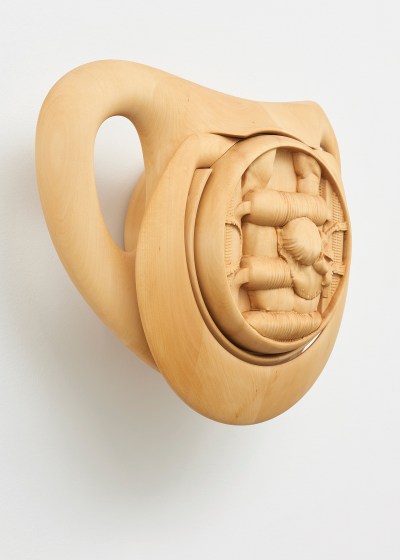 Galleries, however, are only one small part of Berlin’s art ecosystem. The void left by the absence of the full array of activities at institutions, project spaces, and experimental artist-run operations—not to mention performances and festivals—is one that conversations on Clubhouse and website-specific shows can’t fill. Some artists I’ve talked to feel as if they’re toiling away for nothing when exhibitions are thrice postponed and then, finally, canceled—or when preparations for an exhibition are finished two months before it opens because there is nothing else to do. Some artists are using that time to experiment with new mediums—Anna Uddenberg’s show at Kraupa-Tuskany Zeidler gallery debuted wall-hanging wood reliefs, a stark shift from her freestanding sculptures of sexualized oversize female figures, and the group exhibition “Hell, Yes!” at Horse & Pony introduced New York artist Ryan McNamara’s first foray into drawing—but seeing lockdown-induced experiments can do only so much to lift the coronamüde fog.

Some initiatives have made an earnest effort to re-create the energy that usually pulses throughout Berlin’s independent art scene. During Gallery Weekend, “Die Balkone 2” (“The Balconies 2”) showcased work by more than 50 artists living in the Prenzlauer Berg neighborhood. Curated by Övül Ö. Durmusoglu and Joanna Warsza, artworks were displayed on balconies, in windows, and even on a tree in a courtyard—the experience of seeing them was the closest I’ve come to attending an event in more than a year. I ran into artists, curators, and other critics I hadn’t seen since last February, and I even found myself talking to strangers. An internationally oriented art crowd showed up for something that might otherwise have been overlooked as a neighborhood affair. Which goes to show: when we’ve all been stuck in the same city without much going on, people will turn up for anything—so much so that the simple notion of interacting with people overpowered many of the artworks themselves. 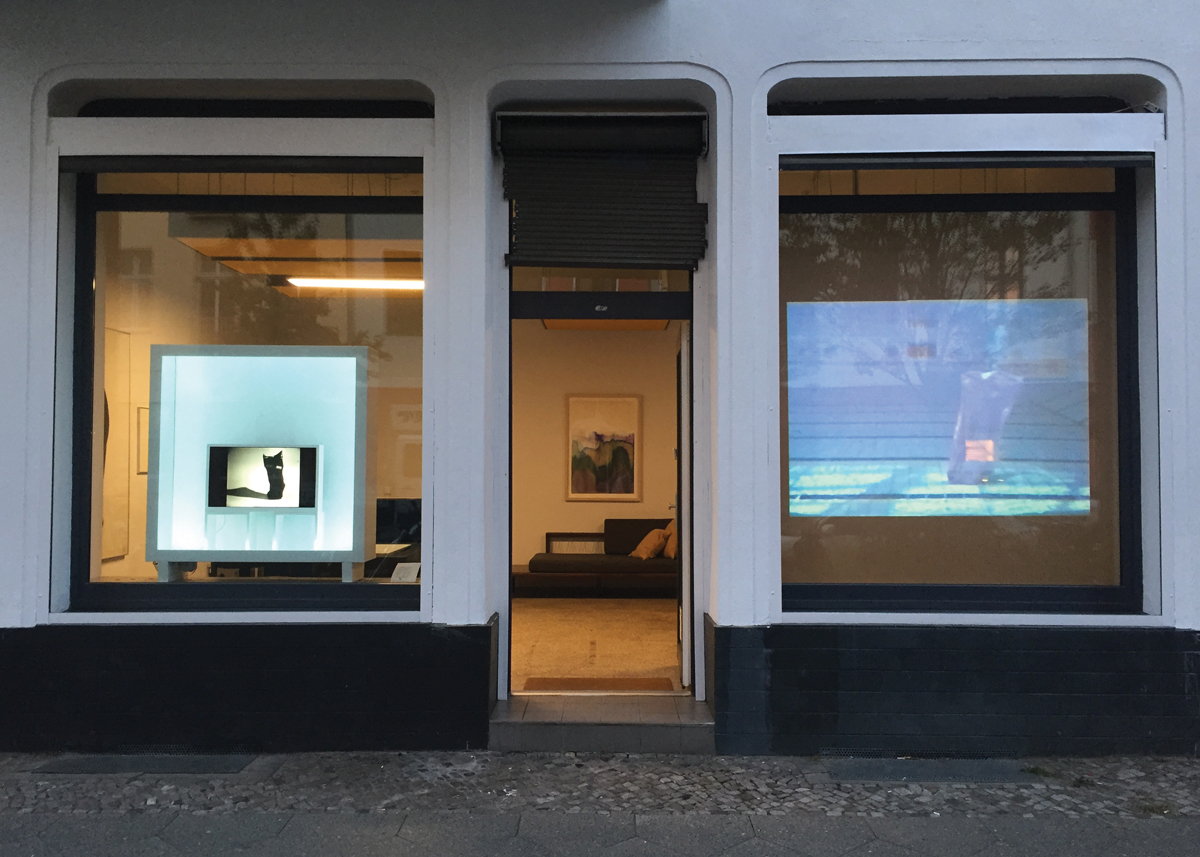 Hanna Frenzel video You see, I’m a damn dreamer at Galerie Auslage as part of “Sunday Open: Lights On!”

Creative use of windows and closed storefronts proved to be a decent way of tapping into the local art scene. On one Sunday in February, there was “Sunday Open: Lights On!,” an occasion when numerous exhibition spaces left their lights on after closing so passersby could peer inside from the street. ChertLüdde, Galerie Auslage, Künstlerhaus Bethanien, and even the auction house Grisebach organized window-specific programs. There is, of course, a limit to how much an artist can display in a window, not to mention how much the visitor can engage with the work from outside looking in: at some point, the distinction between gazing at an artwork through a glass pane and a computer screen begins to blur. 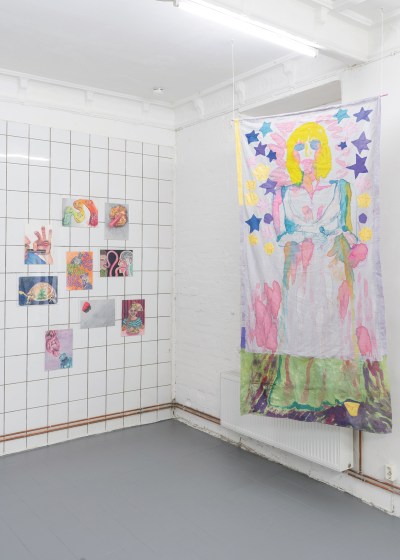 Drawings by Ryan McNamara on view in the exhibition “Hell, Yes!” at Horse & Pony.

In the fight against our collective coronamüde, some quieter yet important work has been happening behind the scenes. One such example came to light in April, when 10 German-based art businesses and artists announced that they had established a Berlin chapter of the Gallery Climate Coalition. Launched late last year in London, the GCC boasts a community of some 360 artists, galleries, museums, logistics companies, and other enterprises that have committed to the goals put forth by the Paris Agreement; members are granted access to a carbon calculator tailored specifically to the art industry. On a more local scale, there are resources available for sourcing sustainable energy and consolidating shipments, as well as a forum where members can post about exhibition materials available for reuse. Sprüth Magers and ChertLüdde are two galleries that have taken part, the former giving away frames, the latter lending out a variety of items, including speakers, plinths, plexiglass for lightbox installations, and a Kodak slide projector.

Such action has kept Berlin’s art scene from sinking into pessimism, but there’s no denying the enervation that attends endless Zoom tours, JPEG arrays touted as “exhibitions,” and the indeterminacy of how long all this will last.

As the vaccination rate started to rise in May and warmer weather approached, the prospect of outdoor gatherings provided a renewed sense of hope and vitality. But the city and its art scene remained, for the most part, in a kind of purgatory, and when there’s no more inspiration to be found in isolation, it’s easy to succumb to exhaustion. Wake me up when the fog clears.

A version of this article appears in the August/September 2021 issue of ARTnews, under the title “The Missed.”