Gagosian Now Represents Rick Lowe, Whose Art Has Its Roots in Local Communities

Rick Lowe, whose work makes local communities a top priority, will now be represented by Gagosian gallery. The artist will have his first solo exhibition with the gallery in September 2022 in New York, and his work will also be featured in its booth at Art Basel in Switzerland this week. Additionally, a new work by Lowe will be showcased on September 29 as part of the Gagosian’s ongoing online “Artist Spotlight” series.

Lowe’s representation by Gagosian came on the heels of his inclusion in this summer’s acclaimed “Social Works” exhibition, the first show organized by Antwaun Sargent, who was named a director at the gallery earlier this year. Lowe’s work will also appear in the show’s sequel, which opens next month at Gagosian’s Grosvenor Hill space in London.

“Social Works” highlighted the work of artists with community-based practices. Lowe’s art has often been classified as social practice, which refers to work couched in the long-term engagement with a specific group of people. In an interview, Sargent said that Lowe “has had a real, profound impact” on how social practice art has come to be defined.

Lowe began thinking about what would eventually become Project Row Houses around 1990, when a group of high school students visited his studio. After seeing the kind of politically inflected paintings Lowe was making, one of the students told him that paintings like this weren’t actually helping the community. The student asked, “If you’re an artist and you’re creative, why can’t you create a solution?” Lowe recently recalled. “That turned my life upside down.” With Joseph Beuys’s idea of social sculpture in mind, Lowe began to consider how he could change the community of which he has long been a part. 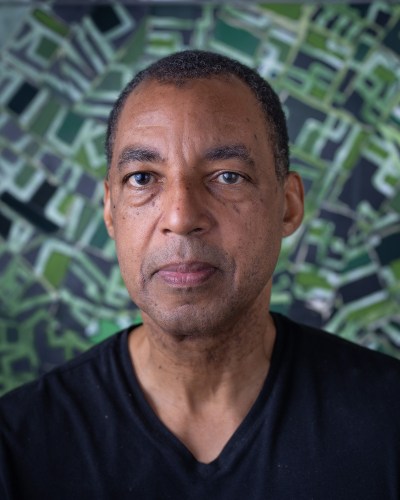 Lowe’s practice has extended beyond Houston, however. Past initiatives have included Transforma Projects (2005–10) in New Orleans, which was created in the wake of Hurricane Katrina; and the ongoing Victoria Square Project (2016–), a collaboration with artist Maria Papadimitriou that debuted at Documenta 14 in 2017 and involves the creation of a community center in Athens. Along the way, Lowe has racked up major awards, among them a MacArthur “genius” fellowship in 2014.

In early 2018, the 1921 Tulsa Race Massacre Centennial Commission reached out to Lowe to discuss an art project marking the 100th anniversary of a massacre that rocked the city’s Black community, led to the burning of 35 blocks and 300 deaths, and forever changed Black Wall Street, the commercial center of the Greenwood neighborhood. Rather than a monument to those who were killed, Lowe, working in collaboration with artist William Cordova, convened a team that would seek out recollections from Tulsa residents whose families had direct connections to the massacre. “Anybody who has a story they want to tell, we wanted to hear what their story was and see if there was a way that we could help them tell that story,” Lowe said. 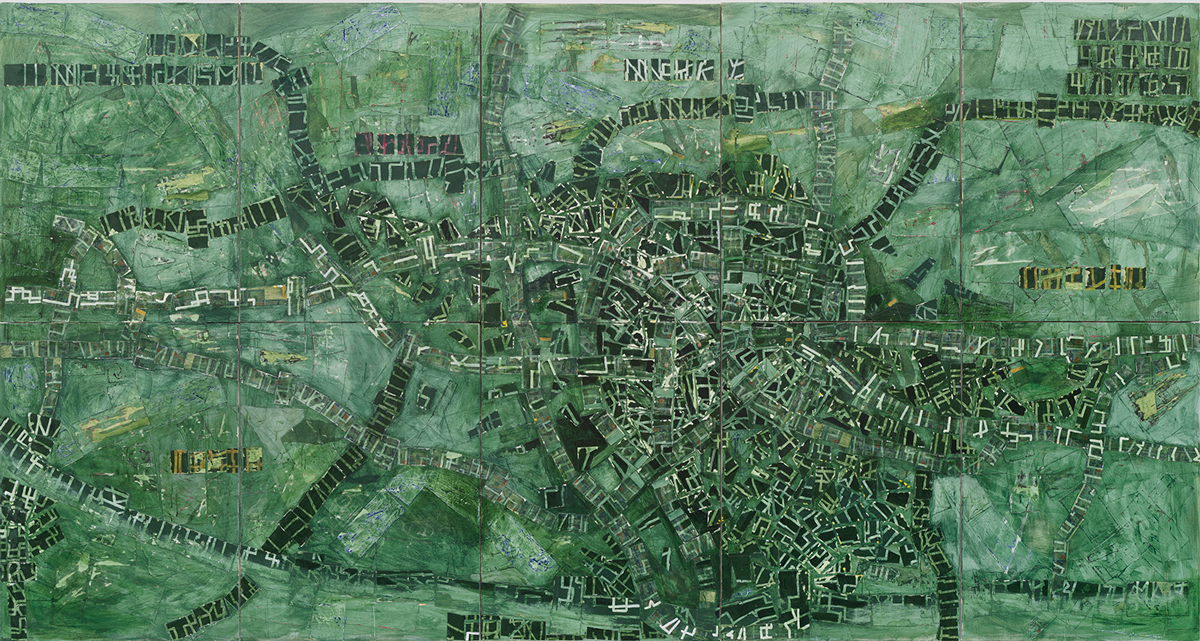 When Lowe first visited Tulsa he noticed that one building in Greenwood had on its exterior a construction date of 1922, the year after the massacre. That people had returned to rebuild struck a chord with him. “You never hear about the courage, the will, the spirit, the strength, the resilience of the people of that community who went back and rebuilt right away,” Lowe said. “The resilience and survival spirit of Black people since they arrived here has been a long journey. It’s been a journey of battle after battle, but we’ve never stopped, and there are many heroic moments in situations there.”

Yet Lowe wants the world to see this initiative, known as the Greenwood Art Project, so that the “hyper-local becomes national and international as the framework for these conversations to happen,” as the artist put it. As a start, he has on view at the Smart Museum of Art in Chicago a show of research-oriented work related to the Greenwood Art Project. The exhibition “speaks to the positive side or the hopeful side about the Black economy,” Lowe said. 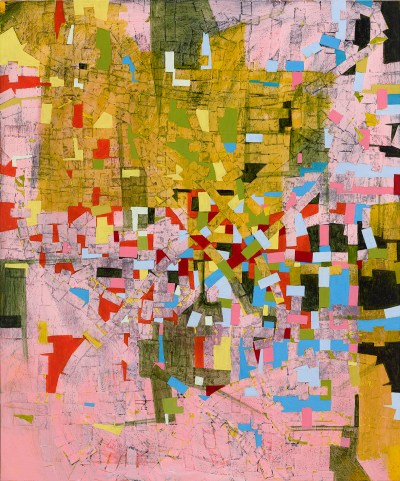 Rick Lowe’s Untitled (2020), which was recently acquired by the Menil Collection in Houston.

Lowe’s work in Tulsa also led him to return to painting. He first took up painting while in college, only to abandon it in favor of collaborative work that he felt would more directly impact communities. His new abstract paintings are layered compositions that use games of dominoes as starting points and layer in his other work from the past 30 years as a way of creating a visual archive. These paintings, he said, “pulled me away from work that looks for answers to issues.” He called this new body of work “a quest for understanding.”

According to Sargent, Gagosian is likewise seeking to question its role in the larger world. “The job of the 21st-century art gallery is to ensure that they can be part of—and help support and extend—conversations that exist out of their very walls,” he said. “Rick is one of those artists who has for a long time—more than 30 years—been trying to suggest we move in a different way.”

Gagosian director Antwaun Sargent said that Lowe “has had a real, profound impact” on how we define social practice art.