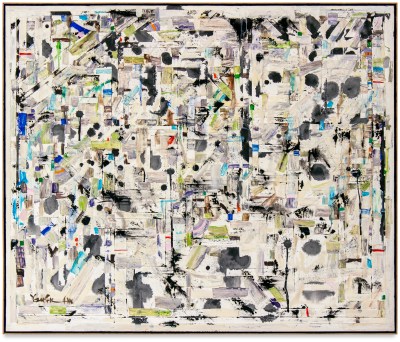 September 2001 started out as an auspicious time for the Korean-born artist Young-Il Ahn. Having moved to Los Angeles in the mid 1960s, he’d settled in there, and established his practice as a painter, managing to get by on selling his ethereal abstractions, and have time to pursue his other passions, like playing the clarinet. He was in his mid-60s, and comfortable. On September 9, he got married. Then came the terrorist attacks of 9/11.

Anyone who watches the new, six-part National Geographic documentary 9/11: One Day in America, released on the occasion of the 20th anniversary of the terrorist attacks, will get an immediate sense for the impact of that day on New Yorkers, from those at Ground Zero to those elsewhere in the city who saw and smelled the smoke billowing from the site. Far less attention has been paid to the experience of people in the rest of the United States, particularly immigrants like Ahn. Having grown up during the Japanese occupation of Korea in the city of Gaeseong, which is now a part of North Korea, and lived through the Korean War, and the First Republic’s autocratic rule and collapse, Ahn, like many immigrants, thought of America as a place of safety and freedom—the proverbial land of dreams. On 9/11, that image was shattered. In the months that followed, he decided to try to capture that sadness and ambivalence in a series of paintings, each of them titled Memorial to Sept. 11.

Six paintings from Ahn’s “Memorial” series go on view this week at Harper’s Chelsea in New York; opening less than a year after the artist’s death, it is his first-ever solo show in the city. Ahn died at 86 last December, with his career on an upswing. Ever since the ’70s, when a dispute between two Los Angeles artists left some of his paintings in limbo, Ahn had distanced himself from the commercial art world, but over the past ten years as post-war Korean art gained in prominence—particularly that of the Dansaekhwa movement with which Ahn was associated—Ahn began to be rediscovered, culminating in a 2017 retrospective at the Los Angeles County Museum of Art. Last year, shortly before his death, Ahn was picked up for representation by the prominent Chicago-based gallery Kavi Gupta. Earlier this year, Harper Levine, who runs Harper’s Chelsea as well as a gallery in East Hampton, began collaborating with Gupta in representing the work, his Korean-American director, Sarah Hahn having brought the artist to his attention. 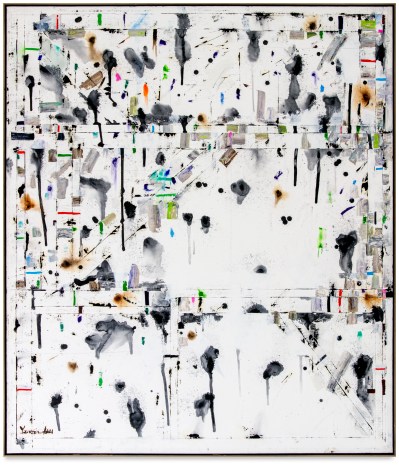 When Levine and Hahn first visited Ahn’s widow, Soraya, in Los Angeles, a “Memorial” painting, now in their exhibition, was the first work she showed them. “She focused on it immediately,” said Levine, “perhaps because for him it was such a traumatic experience that it really impacted her.”

Ahn, Hahn added, has written about how, when he moved to Los Angeles, he felt he’d found “a place where he could be safe and at peace. He was traumatized by 9/11 because it was like a PTSD type thing where he had these experiences of national trauma.”

Art made about 9/11 in the wake of the events tends to be representational—Jennifer Bartlett’s 2001 painting Goodbye Bill, for instance, which shows the towers engulfed in smoke; Ahn approached the subject through abstraction. For the “Memorial” paintings, Hahn explained, he departed from his better-known “Water” series of vibrant, brilliantly colored, monochromatic paintings (one of which can be seen here), leaving behind their tight underlying grid and adopting a darker color palette and a more emotive paint application. “It is more of a liberated, emotional, direct response to an experience,” she said. 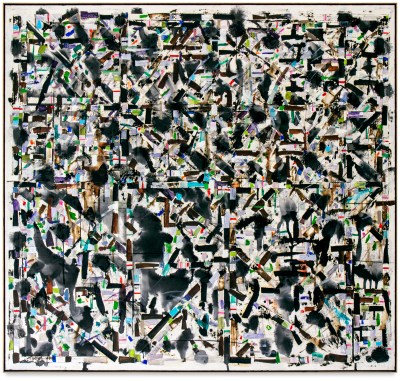 Levine sees this shift in style as an attempt on Ahn’s part to square himself with his difficult feelings. Whereas the water paintings “have a formula and a structure, the 9/11 paintings come from a place of trying to work through something. They have more heart.” Ahn began his “Water” series in the 1980s, after a sailing incident in which his boat was engulfed in fog, and he had an experience at once traumatic—drifting blindly for hours—and sublime. Levine said the incident, and the art that resulted from it, contributed to his sense of his adoptive country as a place of spiritual renewal. “He always associated America with this concept of a place where he had been reborn, not necessarily in the Christian sense, but as an artist and as a person. And I think that when that was threatened by the events of 9/11, it sent him into a bit of a tailspin. You can see it in the mark-making in the paintings. They’re filled with these dark gray blobs.” 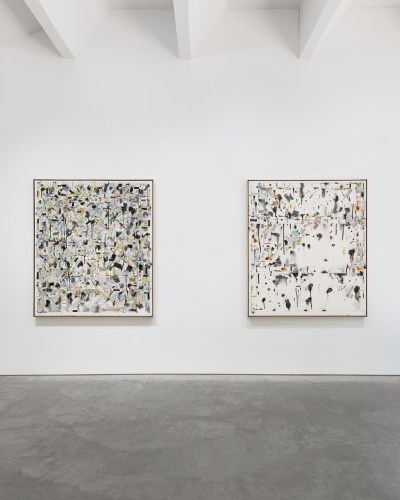 View of the exhibition “Young-Il Ahn – 20 Years After” at Harper’s Chelsea in New York.

As it happens, Levine has his own 9/11 story, and the new show is part of a rebirth of sorts for his gallery. In September 2001, he was about to leave Minneapolis, where he and his family—his wife and 4-month-old daughter—had been living, and return to his native New York City. They sold their house on September 10, and started out on their car journey, driving through an uncertain present, into an uncertain future.

It was because of the events of 9/11 that Levine and his wife decided not to proceed to the city, as planned, but rather to settle on the east end of Long Island, where Levine eventually established his East Hampton art-and-rare-books gallery, Harper’s Books. His move, at last, to open a gallery in Manhattan would end up coinciding with another major world event: Last year, during the pandemic, he inaugurated a space in the Chelsea art district (where the Ahn show is taking place), and is planning to expand to an additional one around the corner. “There’s something cathartic for me to be able to show this work at this time,” he reflected, “with regard to the gallery’s history and my own history.”

Made immediately following 9/11, Korean-born artist Young-Il Ahn’s paintings are on view for the first time in New York.