Last year, when the pandemic hit, shuttered art institutions the world over were forced to pivot to the internet—it was the only way to maintain connection with their audiences. Museums organized online curator talks and walk-throughs, auction houses livestreamed sales. Art fairs set up viewing rooms—and so did their clients, the galleries, in some cases collectively. Today, as the pandemic fades in some places and lingers in others, questions remain about how commercial galleries will survive, especially small and midsize enterprises that were struggling to stay viable before the global health crisis and its attendant shutdown. The answer to providing long-term support for galleries and their local art scenes may, in fact, lie in those collective digital initiatives.

One early effort to keep galleries going during Covid originated in May, 2020, in Los Angeles: Gallery Platform LA, organized by a group of local dealers, throws a weekly spotlight on exhibitions in online viewing rooms, and also offers editorial content, including video visits with L.A. artists, gallerists, and collectors. That initiative served as inspiration to key members of an art scene more than 300 miles north—a smaller scene that arguably needed such a project even more. This past October, a group of art professionals in San Francisco launched 8-bridges, named for the eight structures that link the Bay Area land masses. “The hope,” said dealer Jessica Silverman, one of the founders, “was to really expand what people know and understand about the Bay Area, both locally and outside it.”

With fewer than a quarter the number of galleries in Los Angeles, San Francisco’s commercial scene has never had the same volume as its neighbor to the south, or attracted quite the same level of attention. The goals for 8-bridges, said cofounder Kelly Huang, an art adviser and former co-director of Gagosian gallery in San Francisco, were not only to “work out a way to support our community through an incredibly difficult time filled with uncertainty,” but also to find “a way to more formally support each other and the wider network of galleries in the Bay Area.” To that end, the site began offering a rotation of eight different galleries every month, hosting exhibitions by Fraenkel Gallery, Anthony Meier Fine Arts, Robert Koch Gallery, and others. 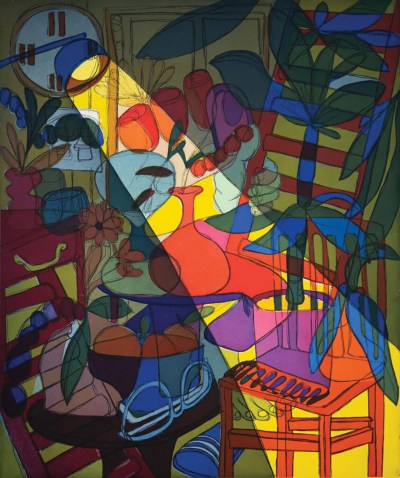 “There was something about the pandemic that led to a lot of collaboration, and nothing like this has ever really happened before,” said gallerist Claudia Altman-Siegel, another cofounder. “I’m friendly with all the other founding members, but we never joined forces this way. That’s a really positive thing that came out of the pandemic—this kind of urgent need to collaborate
for the greater good.”

The group is also committed to supporting local nonprofits like the Museum of the African Diaspora and Headlands Center for the Arts, and highlights a different one each month. Alison Gass, director of the ICA San José, said her institution saw a “huge expanse in our reach” in sharing details about its ongoing Ebony G. Patterson exhibition, which was covered by the Bay Area lifestyle and culture website 7×7 following an 8-bridges social media promotion for it. Arts nonprofit Root Division was able to draw “a huge audience that we would not have typically had, in terms of a higher, more established collector base, or maybe a higher price point interest” for its spring 2021 fundraising event and coinciding exhibition, “Spell of the Senses,” said Root Division executive director Michelle Mansour.

“The space between the for-profit and nonprofit art worlds is not so far,” Gass said. “We’re all working together—showing each other’s artists and working with collectors, whether they’re buying the work or being philanthropic. It really is something that the art world needs to think more about.” 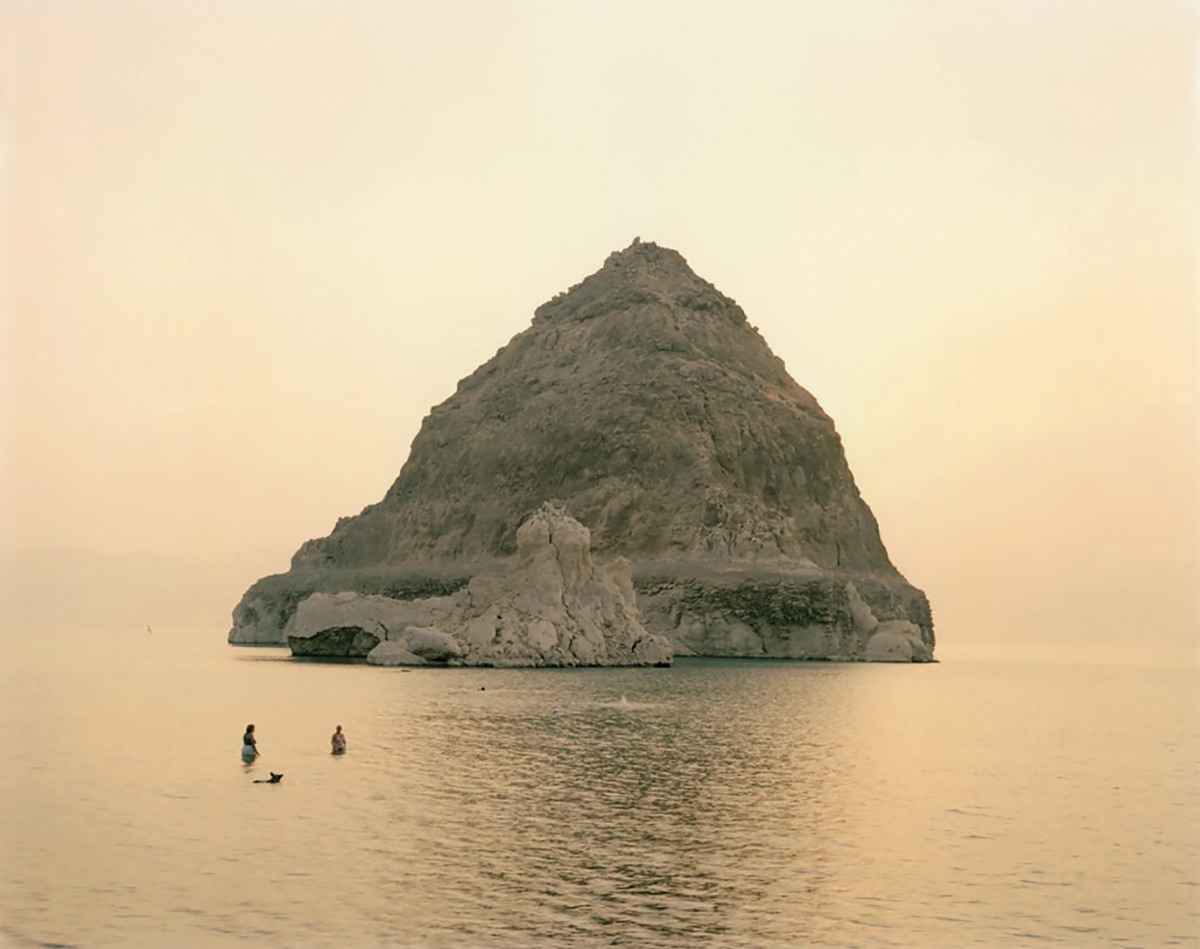 Members of 8-bridges have also been thinking about how to bring the Bay Area art world to an international audience that even in ordinary, non-pandemic times might make it to San Francisco at most once a year, for the FOG Art Fair or a major museum exhibition. (This past February, 8-bridges stepped in to fill the void left by the cancellation of FOG by hosting a digital presentation, “4×8-bridges,” that included 36 galleries from Northern California, with accompanying talks, webinars, and Zoom walk-throughs.) Since it launched, the platform has developed a podcast series that has presented figures like Gass, art adviser Mary Zlot, and collector Pamela Hornik. It has also staged a series of panels called “Bridging the Bay Area Art World,” which in one iteration brought together in conversation Neal Benezra, former director of the San Francisco Museum of Modern Art; Lori Fogarty, director of the Oakland Museum of California; and Mari Robles, executive director of Headlands Center for the Arts.

There is another reason for people to come through the digital door: A website can be more welcoming and less intimidating than an IRL art gallery, and can therefore attract more young people. This comes out in the numbers: millennials represent the largest segment of 8-bridges’ users. “I think that platforms like this make entering into the art community feel a little bit more democratic,” said Huang. It helps that many of the artworks for sale through the site are priced under $20,000, a range in which both emerging and more seasoned collectors are comfortable making purchases without seeing the art in person.

The platform is also beginning to experiment with curated formats. In May, to mark Asian Pacific American Heritage Month, it presented an exhibition of works by historical, mid-career, and emerging artists from the Asian diaspora. That show was organized by Huang and Aleesa Pitchamarn Alexander, assistant curator of American art and co-director of the Asian American Art Initiative (AAAI) at the Cantor Arts Center. 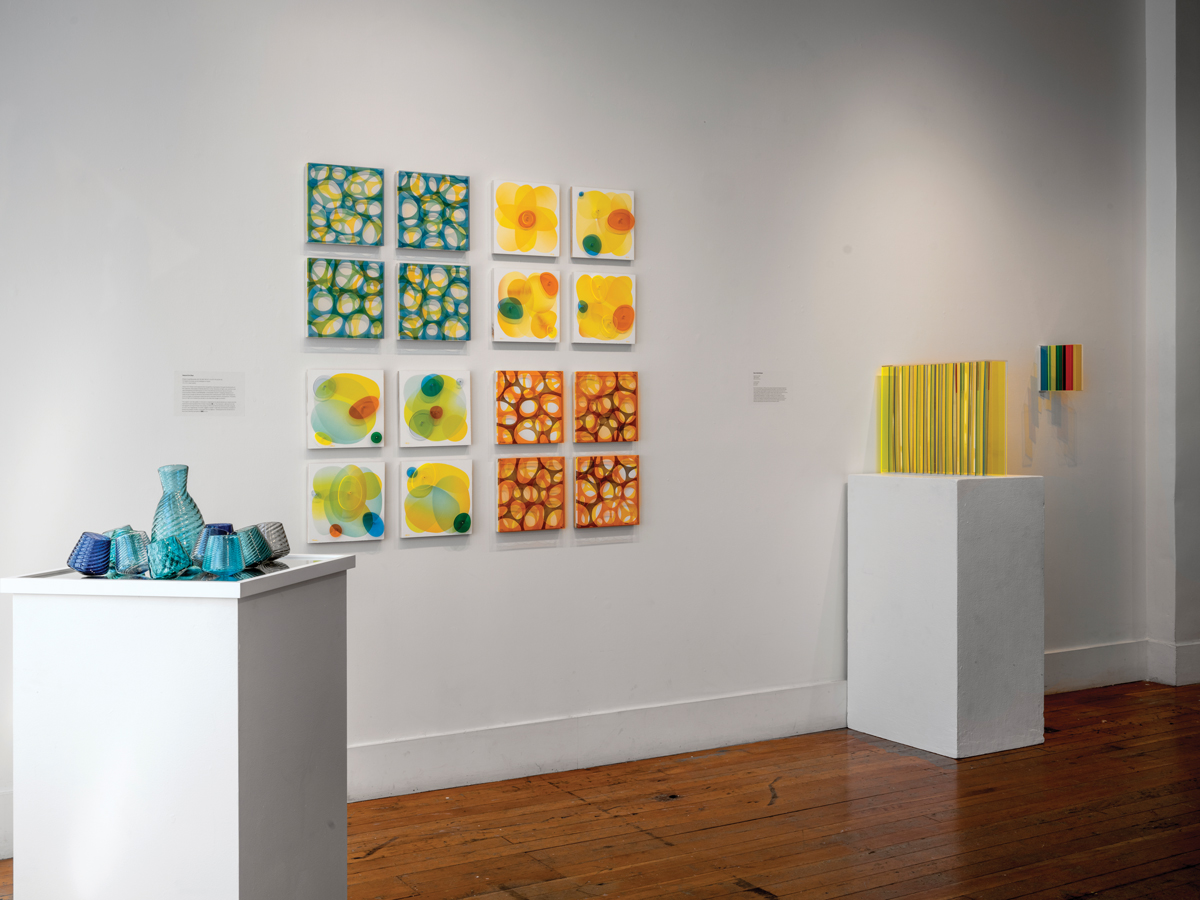 Installation view of the 2021 exhibition “Spell of the Senses” at the nonprofit Root Division, whose work has been highlighted on 8-bridges.

As cities around the world begin to open up and ease pandemic-related restrictions, the 8-bridges team has been dreaming up new ways to reach its expanding audience. Among projects in the works are resource pages for local artists seeking fellowships or grants, and local dealers looking for art handlers, framers, photographers, or other services to support their businesses.

“I’m just very excited shepherding the platform into this new phase of life,” Silverman said, adding that the other gallery owners among the founding members are “excited about the way the platform can support that reopening. It’s going to be very collaborative and the way we organize ourselves right now is so much stronger than when we first started.”

Gass feels that the platform and its underlying ethos are already helping cultivate a greater spirit of camaraderie. “It begins to minimize the possibility of intense competition among institutions,” she said. “8-bridges helps us realize that we’re all talking to each other and talking to the same people.” When it comes to the strengths of programming in the Bay Area arts community, she said, “high tide really does lift all ships.”

A version of this article appears in the August/September 2021 issue of ARTnews, under the title “Site by the Bay.”