How would you describe the sound a refrigerator makes when it’s running? A whir, perhaps? For the experimental musician and artist La Monte Young, the 60-cycle electrical hum was something more: “the underlying noise drone of the city,” as he once described it. John Cale, who played alongside Young and later joined the Velvet Underground, pushed that line of thinking one step further. “What we were really studying was harmonics,” Cale says in the new Todd Haynes­–directed documentary The Velvet Underground, which traces the history of the band behind songs like “Venus in Furs,” “Sweet Jane,” and “Stephanie Says.”

During the ’60s, the Velvet Underground—lead by Lou Reed with Cale, Sterling Morrison, and Moe Tucker (plus Angus MacLise, Nico, and Doug Yule for shorter periods of time)—took avant-garde forms of musical thinking and synthesized them with popular styles derived from rock ’n’ roll. The band did not make chart-toppers—their 1967 debut The Velvet Underground & Nico sold poorly, as did the other albums after it. But now, few bands are as widely loved—which you can’t say for most other music that draws on Neo-Dada aesthetics put forth in works by John Cage, Robert Rauschenberg, Nam June Paik, and others.

Haynes’s The Velvet Underground is very much about the makers of those remarkable albums, which stimulate and assault the senses with screechy untuned guitars, pitchy vocals, and songs that can turn from poppy to aggressive. But Haynes’s fascinating documentary is also about the ways the Velvet Underground looked at what was going on in the art world at the time and applied it to rock. This film considers what happens when music works a lot like art, when a rock performance works more like a happening, and what it means that the Velvet Underground chose such tactics for what some regarded as attempts at popular songs.

In a time when there are so many bland documentaries about easily Googled subjects, The Velvet Underground stands out. Haynes, who directed masterpieces like Safe (1995) and Carol (2015), enlivens the film with a more unusual approach. He doesn’t seem that interested in the rise-and-fall structure that typically pervades rock docs, although Velvet Underground fans will certainly find that here in some regard. He’s more fascinated in the conceptual underpinnings of the group’s work. He’s unafraid to dig into the art and music history embedded in the band’s narrative, and to do so in a way that befits their music, with floods of appropriated footage cut in rapid succession.

Our introduction to Reed and Cale, for example, comes through dense montages of stock footage of ’50s kids shown in split screen. Both musicians, we learn, showed an early aptitude for experimental techniques. Cale, who was given traditional training in Wales before coming to New York, once challenged his music teachers by saying he was going to learn works by Niccolò Paganini, whose violin compositions are notoriously difficult to play. Reed, meanwhile, had an even more rebellious spirit. 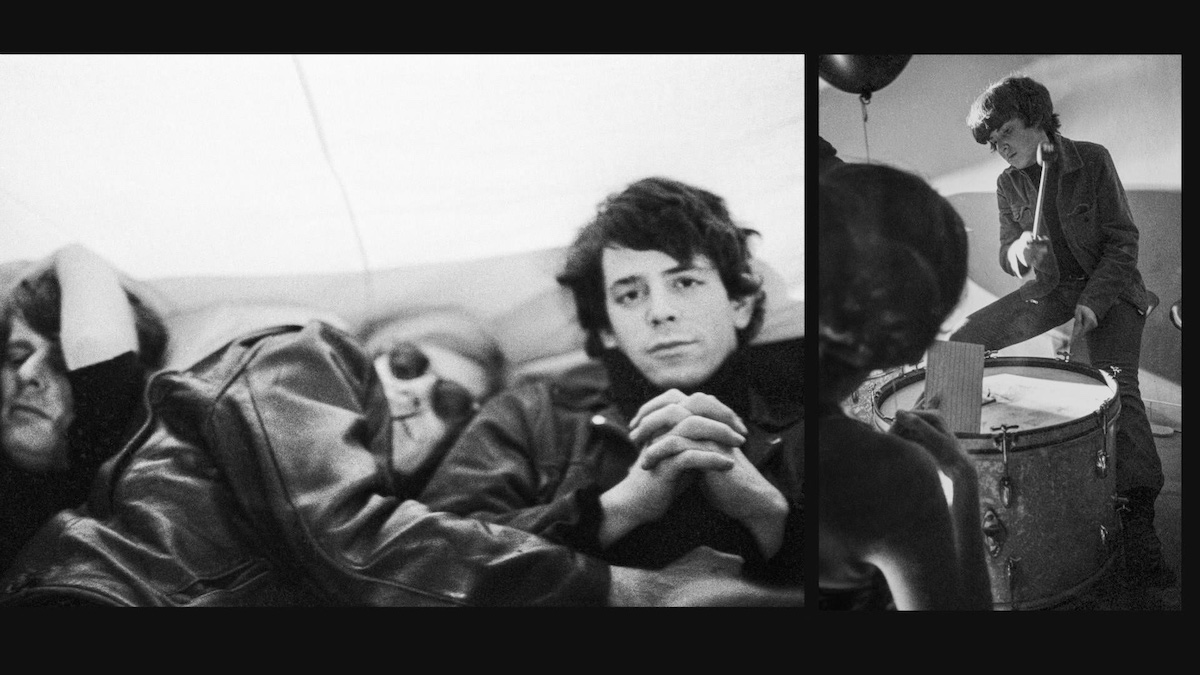 Still from The Velvet Underground (2021).

The members of the Velvet Underground ended up in New York in the ’60s during a fruitful era. Out of the embers of Abstract Expressionism grew experiments by artists like Jasper Johns, whose paintings of flags, numbers, and maps brought imagery culled from the everyday into the field of art. Haynes spliced in quick images of Johns’s famed painting Flag (1954–55), along with shots of Allen Ginsburg reading his Beat poetry and footage from Maya Deren’s At Land (1944). As The Velvet Underground makes clear, all of the arts at that time were pressing up against one another, sometimes in literal ways. Cale, for his part, shared an apartment with the musician and artist Tony Conrad; they lived in the same building as experimental filmmaker Jack Smith.

A common misconception is that all such stuff existed at the margins of the artistic output of the day, but many involved never thought of themselves that way. As the late filmmaker Jonas Mekas puts it in in the documentary: “We are not part of the subculture—we are part of the culture!” Andy Warhol helped ensure that that was possible for the Velvet Underground after the band formed in 1964. Effectively acting as an impresario to the group, the Pop artist laid the groundwork for the band’s first record deal and greater media attention.

Perhaps in deference to the fact that he was able to obtain never-before-seen footage from Warhol’s Factory, Haynes lines his film with Warhol’s “Screen Tests,” long-take shots featuring people from the artist’s orbit looking silently into his camera. In Reed’s screen test, we’re given an extended opportunity to admire his face—though cracking his psychological interior proves impossible. “The people in those images are breathing and their hearts are beating in a different timeframe than yours is as you’re watching,” the film critic Amy Taubin says of Warhol’s use of 16mm film. “That creates a considerable sense of aesthetic distance.”

The Velvet Underground was absorbed into Warhol’s larger artistic project of probing American obsessions with fame and consumerism. To the band’s roster, Warhol added Nico, a svelte blonde singer who had trouble holding a tune. “She was always mysterious to us,” Morrison, the guitarist, says in an archival interview. (Reed disagreed with the choice to bring her in and was apparently in need of serious convincing.) Warhol also projected his films at Velvet Underground shows and had them play in his Factory. Journalist Danny Fields recalls in the film that, at some of the most antic of these events, polka-dot patterning was flashed onto the band while they performed at the behest of Warhol and filmmaker Barbara Rubin. How much the band ultimately desired any of this is left ambiguous. As Fields recalls in an interview, “I’d say, ‘Lou, why are they doing this to you?’ Lou would shrug and say, ‘It’s what Andy would want, and, you know, it’s family.” 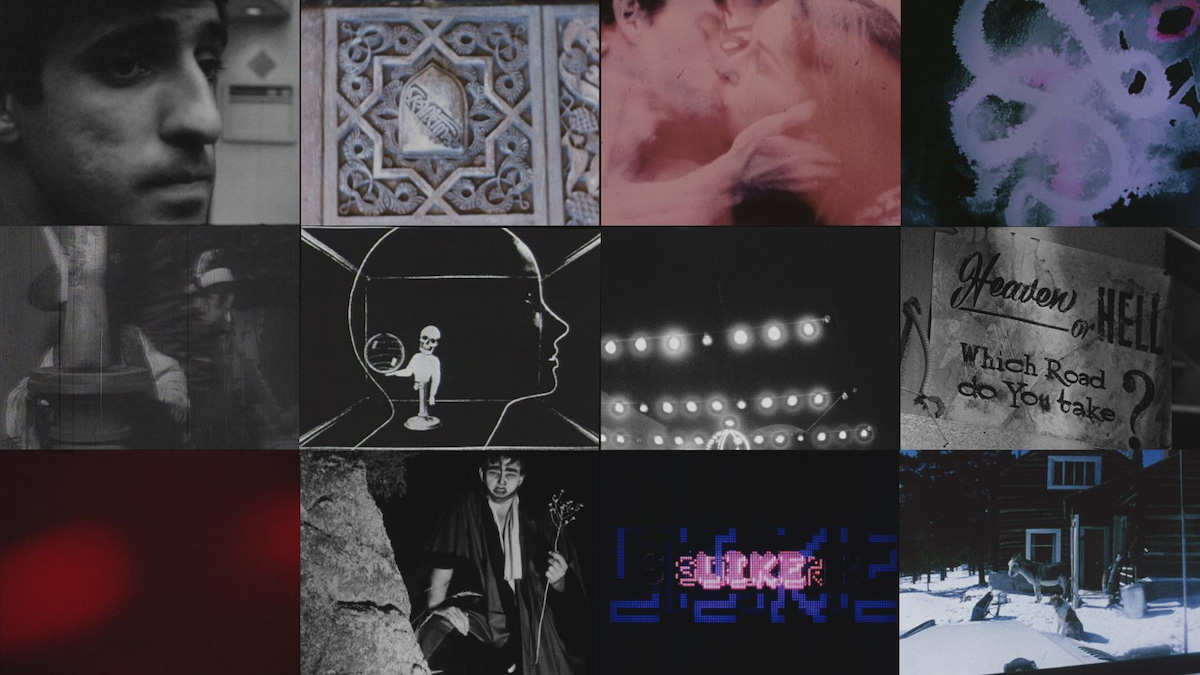 Still from The Velvet Underground (2021).

The Velvet Underground is not a rise-and-fall story. The “fall” part of the band’s arc is less a rapid undoing than a petering out in Haynes’s rendition. Failed attempts to reach Californian audiences ends in displeasure, and disagreements over the directions their music was taking gradually cleaved the band members apart. In the early ’70s, the band dissolved as its members went in different directions, with many of them going on to launch solo careers.

Rarely have the many musical and extra-musical influences of the Velvet Underground been detailed in as an accessible way as they are in Haynes’s film, which makes it rise above a solid documentary into a film that matters. In one interview, David Bowie notes that Reed’s lyrics could easily be compared to the writings of Rimbaud and Baudelaire. Then, speaking of that linage, he qualifies his claim: “But at that time, it wasn’t considered important.”

The Velvet Underground opened in select theaters in New York on Wednesday. The film releases nationwide and on Apple TV+ on Friday.

The band’s connections to Andy Warhol and the influence of Neo-Dada aesthetics are all discussed at length.