Around two years ago, Wong Ping took an interest in varicose veins. Bored one day while riding an elevator, he noticed them on a passenger’s legs. “I could see them very clearly,” he said from his Hong Kong studio during a recent Zoom interview. He began researching online, reading about gels that alleviate the discomfort they cause. What would it be like, he wondered, to be a varicose vein?

That inquiry wound up forming the basis for Wong’s latest video, which debuted this past June in his first United States survey exhibition, at the New Museum in New York. His practice involves applying dream-world logic to real-world scenarios. “[I’m] interested in something that’s a mixture of weirdness and the real world, or something out of this world happening in real society,” he said. “A mixture between [here] and somewhere else, maybe something happening on some other planet. It gives this impression to people that it’s not real … [but] everything is from my experience.”

Over the past five years, solo shows at venues like the Kunsthalle Basel in Switzerland and the Camden Arts Centre in London have given Wong’s taboo-testing work wide exposure on the international art circuit. He has come a long way from the days when people generally came across his videos randomly online. But unlike many artists with similar reputations, Wong does not have a studio team—for fear, he said, that his animations would turn out too polished. “You know, when I ask people for help, their skill would be, like, too good for me,” he said. Instead, he works solo from his Hong Kong space, and much of his work is done on his laptop using software like Illustrator and After Effects, Adobe programs that are commonly used in film and television post-production.

In common with many artists who work chiefly on computers, Wong’s studio hardly looks like a studio at all. Wong had reorganized the space following Lunar New Year festivities two days before our conversation. “It’s kind of super messy at the moment,” he said. Except that it wasn’t—his light-filled apartment overlooking a set of factories resembles a clean, orderly office, with a workspace near a window, some comic books nearby, and a place to sleep when he chooses to spend the night. 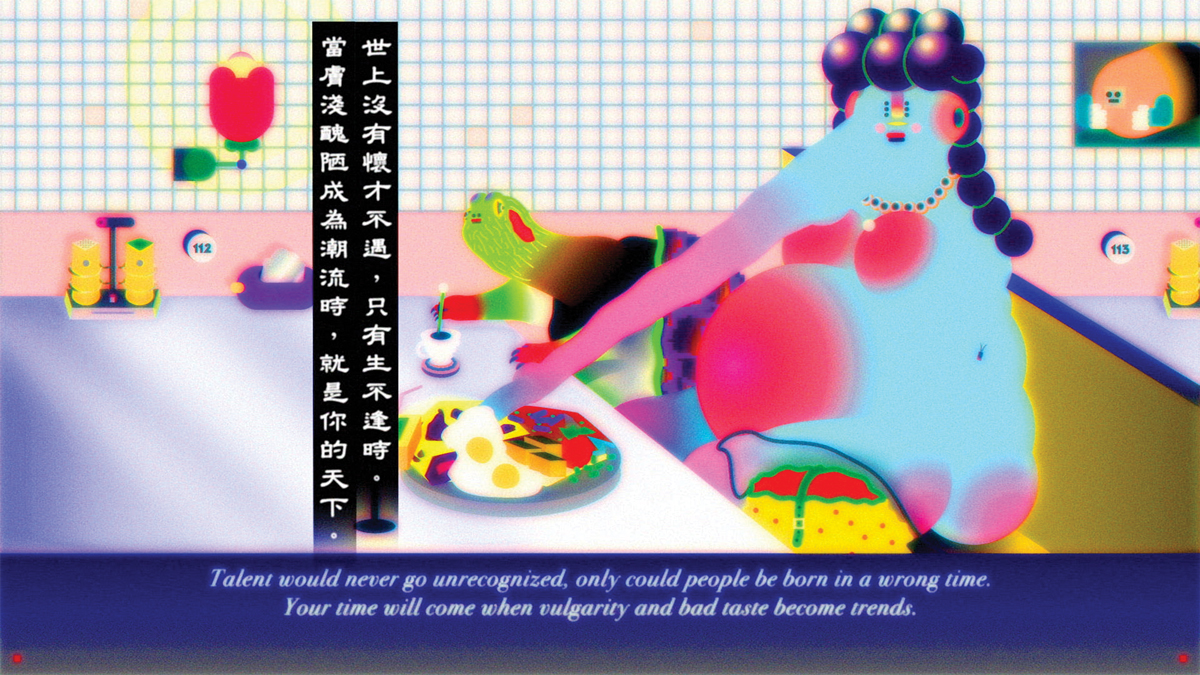 Wong rarely has a completed screenplay at the ready when he makes a video. He starts out by composing vague scripts while hiking through Hong Kong’s picturesque mountains, far from his studio. “I need to go out to write, to think,” he said. “When it’s almost done in my head, I can have the patience to sit down [and animate].” (He refers to that later stage as “the boring, repetitive animation part.”) The scripts germinate from his associating unlike ideas. The idea of being a varicose vein obsessed him to the point of distraction; when he was late filing a regular column he writes for a literary magazine, Fleurs des Lettres, he told his editor that he was trapped in a vein. He started linking the veins to memories of fishing with his friends. 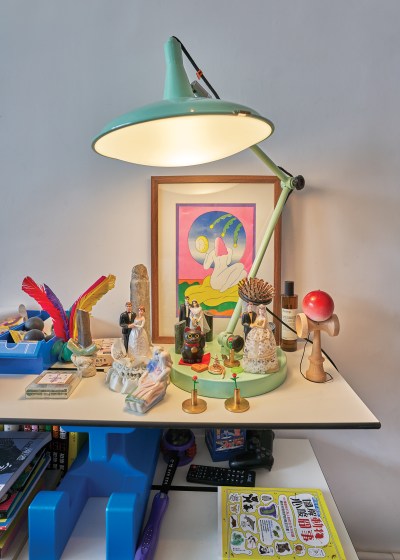 With a mostly completed screenplay in hand, Wong begins digitally drawing in Illustrator, which allows him to create images that appear flat. The process, he said, is akin to “doodling.” Then he imports these files to After Effects, a program typically harnessed by video game designers and visual effects studios to create high-tech imagery. In Wong’s hands, however, the results are intentionally a little amateurish—the motion isn’t smooth, and the overall look isn’t polished. For the varicose vein video, he fused the images he’d been thinking about to create the film’s first shot: a scene in which an older saleswoman’s varicose vein becomes a lake (from those fishing memories) that entraps a man, a stand-in for Wong. She then leads him to a staff restroom, where the male protagonist massages her leg in an attempt to escape. Crucially, he works from inside her body, literally trying to bring what is going on within her out into the world. “I think people could be really opened up,” Wong said, “to be really honest with themselves.”

Many artists of Wong’s generation have drawn their inspiration from the internet, where there are more hours of entertainment available than any single person could ever consume. But this wasn’t the case for Wong, who didn’t watch many movies or TV shows growing up or spend much time online. Born in the mid-’80s, he was instead influenced mainly by comics and anime, the latter passion inspiring his schoolmates to label him otaku—the Japanese word for a nerd with an obsession for cartoons. 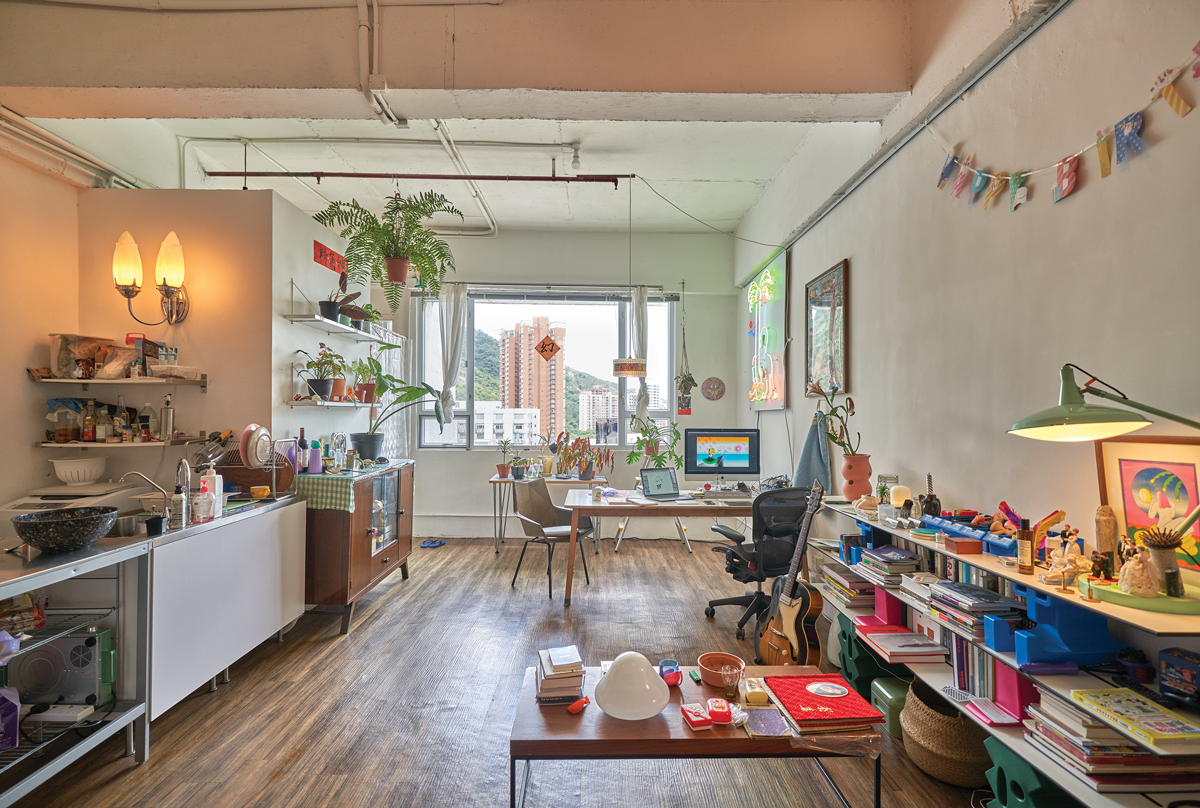 After Wong graduated from Curtin University in Perth, Australia, in 2005, he found himself unable to put his bachelor’s degree in multimedia design to use, so he took jobs in a printing factory and in the post-production department of a Hong Kong studio that produced B-grade TV series. Bored by the work, he began playing around with After Effects to make his earliest animations.

A breakthrough came in 2011, when Wong made a music video for his friends’ band, No One Remains Virgin. Accompanying their song “Under the Lion Crotch,” the video provides the first mature vision of Wong’s phantasmagorical world via an homage to the Lion Rock, an iconic mountain in Hong Kong that looks like a crouching animal. But rather than lending the peak a sacred, transcendental feeling, Wong offers up a profane universe in which the Lion Rock is a living, breathing thing with a giant penis. Among other antics, the mountain preys on four balding people jumping rope, two of whom wear shirts reading  I❤️HK. Two of them die a gruesome death when the lion, by some mysterious means, makes their heads explode, spraying blood everywhere. The other two masturbate the lion, the results flooding Hong Kong.

Though less obvious to those outside the region, the video demonstrates a political tendency in Wong’s art; he was involved in the Hong Kong protests against a proposed extradition bill. “I would say in every single work of mine, I try to talk about it a little bit,” he said. Within the territory, institutions have been skittish about exhibiting works like that one, which Wong posted to his Vimeo channel. Politics, he said, “plays a huge part in my work, but sadly, I don’t know a brave or courageous [Hong Kong] gallery or museum that would like to show these works.” 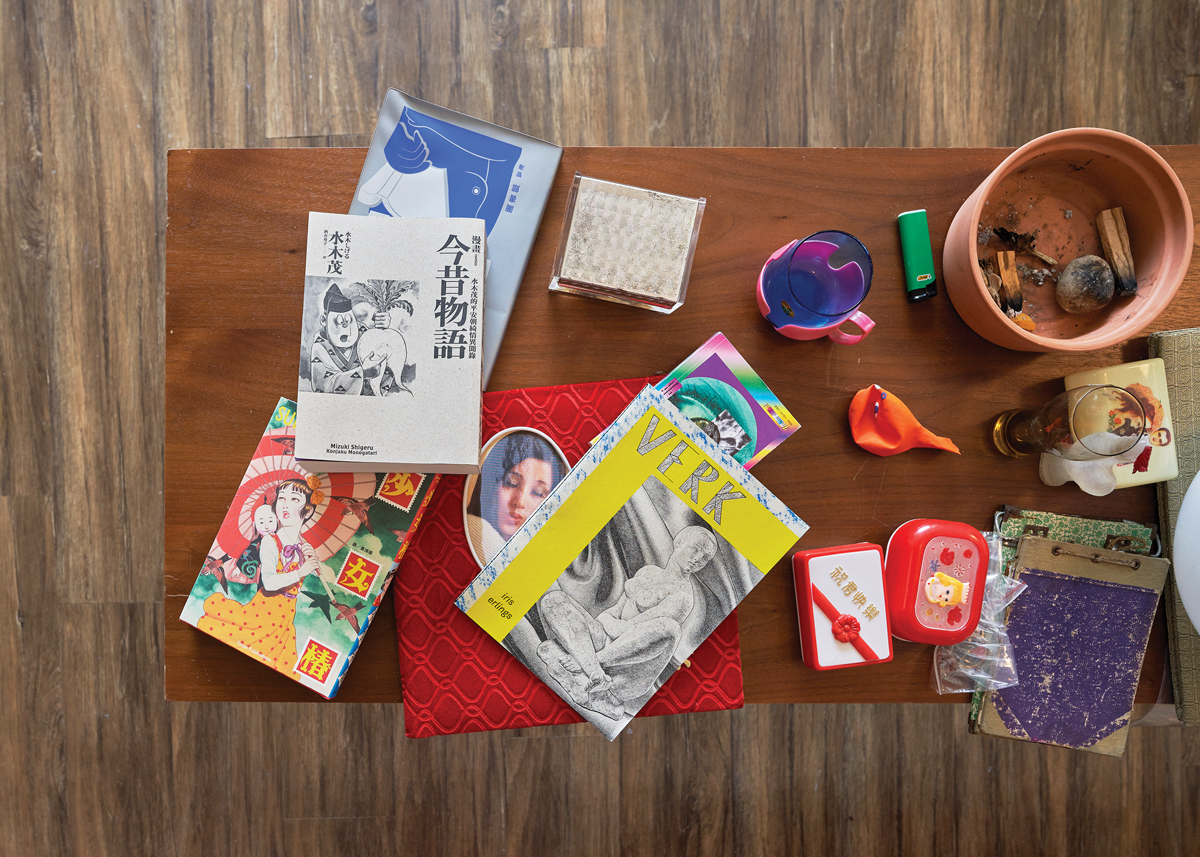 Wong has continued in this mode with his ongoing “Fables” series, which he described as fairy tales for our digital age. In the first video, exhibited in the New Museum Triennial in 2018, a chicken police officer with Tourette syndrome kills civilians, a pregnant elephant prepares for a second act as a Buddhist nun, and an anthropomorphized tree lives in fear of cockroaches (as does Wong himself). Applying logic to these videos won’t make them cohere, a fact that Wong underlined when he submitted the following description for the Sundance Film Festival screening of the second “Fables” video: “Wong Ping urinates twice before gently pressing your head down with his right foot, giving you a closer look at your own reflection in his urine.”

Even as his work gets endorsed by museums and galleries around the world, Wong sometimes misses the days when his audience was mainly curious online viewers who weren’t necessarily aware that they were looking at art. “When people visit a gallery or a museum, they have expectations—they read about you, they heard about you, they saw the posters,” he said. “But when I show my work on the internet, I get comments with people saying bad things about me. You know, I really enjoy that.”

A version of this article appears in the August/September 2021 issue of ARTnews, under the title “Wong Ping Animates a Video.”

The artist is currently the subject of a survey at the New Museum in New York.